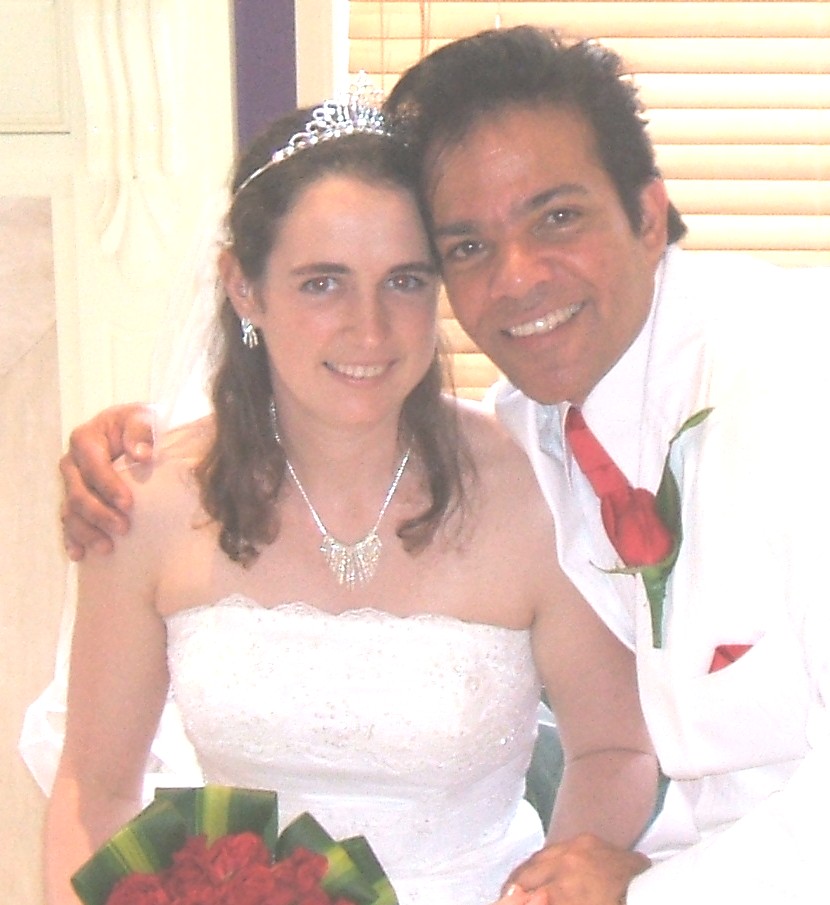 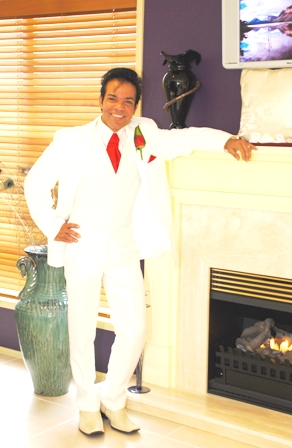 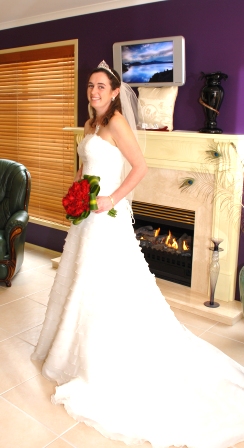 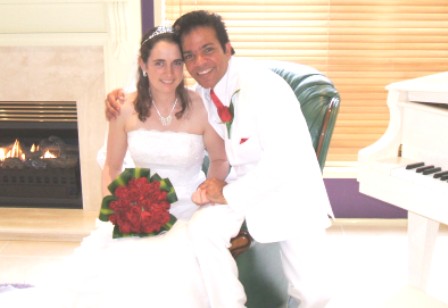 View the Pics of the 'Marriage' & scroll below as you Read the Story ....
Then for more pics of the 'Wedding Celebration' which took place
a month after their Private Marriage Ceremony, follow the links
at the Bottom of the Page.

Yes it's true, it ain't no Misprint. Kerrigan & Michelle
are now officially Husband and Wife and eager to introduce
themselves to the world as Mr. & Mrs. La-Brooy - in fact
Michelle is extremely keen to be known as Mrs. Kerrigan La-Brooy.

The Newly-Weds made plans and kept their intentions a state
secret. Nobody knew, with the exception of their Family and a
handful of close Friends. They got married in a Private Ceremony
in the presence of the Pastor and 2 Witnesses on the
17th of August 2007.

The only ones present at the Private Ceremony....
Pas. Graham & Witnesses Julie & Michelle

The Photographer and Videographer were the
only others present.

The Wedding of Kerrigan & Michelle on Friday, August 17th, was
Ultra Special and Unique. The 5 people (including the Pastor), who
witnessed the Ceremony confirm that it was Exceptional and
different to anything they had previously experienced.

Some details released to the Public reveal that the Marriage
took place in the Privacy and Comfort of their own Home in Berwick
Victoria, in front of an Open Fire. Their wedding rings were
placed on the Satin-lined Mantle-Piece of their Lounge-Room Fireplace.

Kerrigan played "Here Comes The Bride" on his Baby Grand Piano
as Michelle, Radiant and Pretty as a Picture, walked down
the stairs.

The Groom Playing
"Here Comes The Bride"....
....later admitting that 'He'd Never been so Nervous'

Then before she reached the bottom Kerrigan made it
to the last few steps where he waited for her, on one knee just
as he did when he proposed, with a Bouquet of Red Roses
for his Beautiful Bride.

The Glowing Bride met by her Handsome Groom....
....On his Knees....
Just like the Proposal on the Gondola 3 months prior

The couple hadn't seen each other until that moment,
deliberately dodging one another in keeping with tradition,
but had penned hand-written notes to each other which they
slipped under the door, with Romantic messages of Love and
Affection.

Greeted by Pas. Graham Shand
In front of the Open Fire

Their self-penned Vows to each other were heartfelt and touching
and brought smiles and tears to those present.

You May Kiss The Bride

The Blessing
&
A Moment of Prayer

The Beautiful Bride....
....Far Prettier than the most Perfect Sunset

A Happy Compromise....
Not just Lucky but Blessed!

Carrying Her Over The Threshold....

Their Wedding Night was spent in similar fashion, but
despite wanting to celebrate the magic of the moment, Kerrigan &
Michelle ensured they didn't neglect his son/nephew Damon - thus
going away together as a couple on their special night was not
feasible - neither was it practical to take the child with them.
So considerately and caringly, Kerrigan made plans to capture the
importance of their night just as memorably, but in the privacy of
their own home.

Ultimately their Wedding Night was Cosy and Intimate, with just the
two of them in front of the open Fire where Kerrigan had a surprise
Candle-lit dinner awaiting Michelle on a make shift table he had
smuggled into the Lounge, complete with a single Red Rose handpicked
from their Garden and also Michelle's Favourite flower, a Camellia,
with romantic music playing softly in the background.

Once Michelle was seated, Kerrigan wheeled in a Trolley with the
First Course and the couple popped a bottle of Non-Alcholic
Sparkling Red Wine (in addition to the Apple Juice:>)

Honeymoon plans for the couple are strictly private and kept
under wraps, literally.

But Kerrigan & Michelle La-Brooy don't intend to end it here....
FAR FROM IT!!! The couple will be Hosting the Celebration of
their Love & Marriage as planned, on September 28th 2007, to which
Family and Friends are being Invited. The Guest-List is
extensive but meticulously selected.

Details of their Public Ceremony and Reception are kept under
wraps. What is known however, is that the couple will
Repeat their Wedding Vows together with their Pastor in a fashion
similar to a Renewal of Vows.

Pictures of the Newly-Weds will not being Released until after
the 28th of September in fairness to Guests and Family Members.
Details and Reasons for bringing their Wedding Date forward are
still unknown and open to Speculation, although Family and close
Friends know the Reasoning behind it but are remaining tight-lipped.

Plans for the Celebration of their Marriage, including the
Ceremony, are now well underway and not without many hurdles and
hiccups. But in true style the couple are moving on steadfastly
and prayerfully and there's no doubt that September 28th will be
every bit as Joyous and Special and Significant as August 17th,
if not more so, given the presence and support of their loved ones.

Click on the link below to
"Kerrigan & Michelle Wedding" for pics and details of their
Wedding Celebration which took place just over a month after
their Marriage.